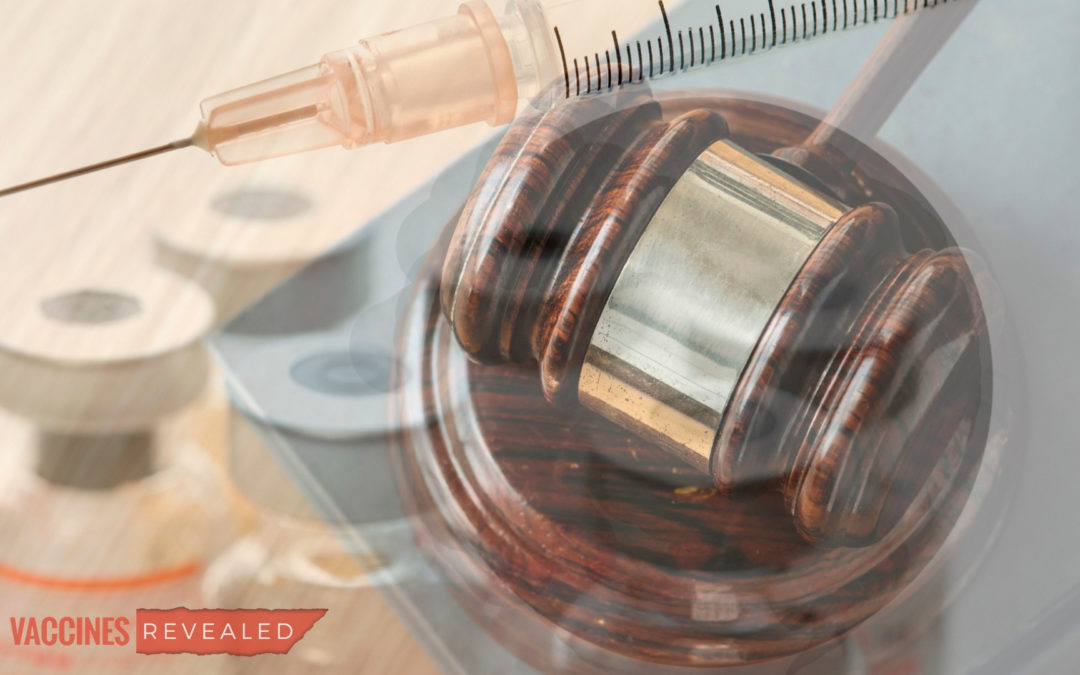 The Department of Justice’s own expert witness has sworn in an affidavit that his testimony during government-run vaccine injury court was misrepresented, and that after he clarified to DOJ attorneys that he has, in fact, seen clear evidence of vaccines causing autism in some of his patients, he was immediately relieved of his duties as a witness for HHS (Health and Human Services).

Not only that, but after he was let go a lawyer purposely misquoted him–twisting the doctor’s words to ensure that a vaccine-injured child did not receive compensation for his injuries.

Dr. Andrew Zimmerman is a well-qualified, board-certified pediatric neurologist who was hired by the Department of Justice to testify on behalf of the government during vaccine injury court cases.

These court cases are part of the Vaccine Injury Compensation Program, a system which prevents vaccine manufactures from being sued for damages by mandating that if you are harmed by a vaccine, the only avenue for compensation is to go through the US Court of Federal Claims (the VICP has proven to be a stumbling block to justice, as this article from Stanford Law School demonstrates).

Dr. Zimmerman’s experience as an expert witness clearly reveals the court’s desire to cover up the relationship between vaccines and autism, and also exposes the lengths the court will go to in order to silence the truth about vaccines.

In his affidavit, Dr. Zimmerman says that after a statement he made regarding the specific case of one particular child was used in court, he spoke with DOJ attorneys to clarify that the statement was intended to address that child only. He did not believe that the particular petitioner’s autism was caused by vaccines—but as he states in the affidavit:

“My written expert opinion regarding Michelle Cedillo was not intended to be a blanket statement as to all children and all medical science.” (Zimmerman, Aff. 7)

He then told the attorneys that he did, in fact, believe there were cases in which vaccines directly cause autism or autistic-like disorders:

“I explained that I was of the opinion that there were exceptions in which vaccinations could cause autism.” (Zimmerman, Aff. 8)

“I explained that my opinion regarding exceptions in which vaccines could cause autism was based upon advances in science, medicine, and clinical research of one of my patients in particular.” (Zimmerman, Aff. 10)

The conversation between Dr. Zimmerman and the attorneys happened on Friday, June 15 2007—and he was immediately contacted and told that he was no longer needed as an expert witness. He was scheduled to appear in court on Monday the 18th, but his services were terminated before he could testify.

Adding insult to injury, attorneys then proceeded to use Dr. Zimmerman’s testimony (the same testimony that he had made certain to clearly state was case specific, thus leading to his being fired as an expert witness) in closing arguments against petitioners who had developed autism after being vaccinated. The language used in the argument was carefully crafted, taken out of context, and used without Zimmerman’s knowledge or permission. The court record from that case reads:

“I did want to mention one thing about an expert, who did not appear here, but his name has been mentioned several times, and that was Dr. Zimmerman.” (Zimmerman, Aff. 18)

The attorney then went on to read the case-specific testimony referenced above, with no mention as to the fact that Dr. Zimmerman’s had clearly stated that he does believe vaccines can cause autism in some cases, or to the fact that he had just been fired due to this. The attorney ended his misleading statements with a carefully-worded sentence:

The D.O.J. did, indeed, know Dr. Zimmerman’s views on the issue—and they were fully aware that they were grossly misrepresenting them by re-using old testimony and quoting it completely out of context.

The Deck is Stacked

Clearly, the deck is stacked when it comes to vaccine-injured children having a fair hearing. Nora Freeman Engstrom, of the Stanford Law School, describes her findings after researching the effectiveness of the Vaccine Injury Compensation Program:

“The results are discouraging,” she said. “Despite initial optimism in Congress and beyond that such a fund could resolve claims efficiently and amicably, in operation the program has been astonishing slow and surprisingly combative.” (Stanford News July 6, 2018)

“Surprisingly combative” seems to be an understatement, considering the details coming out about how even the DOJ’s own expert witnesses are treated in order to insure that vaccine-injured children don’t receive the compensation they need and deserve, and the lengths to which Big Pharma and the government will go in order to prevent the public from hearing the truth about vaccines and autism.

Lies, manipulation, and deceit are being allowed to run rampant as the unholy marriage between government and Big Pharma continues to protect the financial interests of a few powerful players, at the cost of the most vulnerable population—our children. It’s time for us to wake up and demand that the next generation is protected from the greed that has already destroyed far too many lives.