The Truth about Pertussis and the DTaP Vaccine﻿ 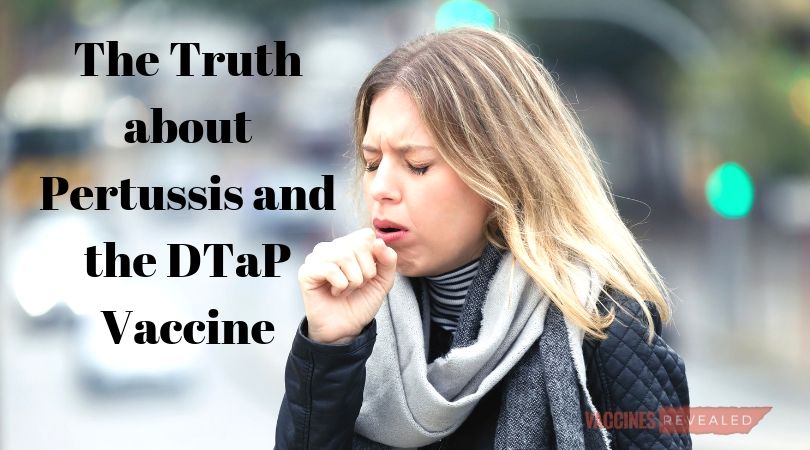 Everyone has heard of whooping cough. It’s a disease that causes a cough, runny nose, and fever—not unlike many other viruses. The cough can be severe for infants, causing coughing fits that can lead to vomiting and the classic “whoop” noise upon catching your breath. Whooping cough is caused by the bacteria Bordetella pertussis, or variants of that bacteria.

The DTaP vaccine is supposed to combat pertussis with an acellular version of the bacteria. It’s also a vaccine that has a history of serious side effects—so is the vaccine worth the risk?

One of the most common arguments for any vaccine is that without “herd immunity,” meaning that most people in a population are vaccinated against the disease, the rates of illness would skyrocket—resulting in high rates of death. But herd immunity doesn’t really work that way, in fact it often just plain doesn’t work.

And in the case of pertussis, herd immunity isn’t even possible…most people over the age of 30 had their last vaccination against pertussis as grade school students, meaning that they are no longer immune to whooping cough. Because the disease is mild in adults, boosters have not been recommended in the past. Most adults who contract Whooping Cough don’t even realize they have it.

Not only that, but pertussis can be caused by more than one bacteria. That means that the DTaP does not cover all of the possible strains of pertussis—in fact, parapertussis causes disease symptoms very similar to whooping cough and the vaccine does not protect against it.

With so many adults no longer immune to pertussis and with the vaccine not even covering all possible strains of bacteria, herd immunity is not even a consideration. So why the push to vaccinate?

The DTaP Vaccine Can Actually Cause Pertussis

Even if the DTaP vaccine isn’t protecting the population with herd immunity, it’s still important to make sure infants are vaccinated, right? Currently, it’s recommended that every woman get a DTaP with every pregnancy in order to “protect the baby” from pertussis. Infants and children are then vaccinated with five DTaP shots before the age of six. It’s also often recommended that families who have new babies be vaccinated—again, to “protect the baby.”

Animal studies have shown that vaccination with acellular pertussis can actually spread the disease to those who have not been vaccinated!

The study was done because there have been pertussis outbreaks throughout the US despite high vaccination rates. The results showed that the disease can be caught by a healthy, unvaccinated individual living in close proximity to an individual who has just been vaccinated.

This means that vaccinating the whole family in order to “protect the baby” might very well have the exact opposite effect—causing the disease rather than preventing it.

And, ironically, if an infant catches whooping cough from a vaccinated relative, the blame will likely immediately be placed on the neighbor’s unvaccinated child—despite the fact that overzealous vaccination is responsible.

Are the Benefits Worth the Risk?

The most logical way to decide whether or not to take an action is to look at the benefits vs. the risks. The DTaP vaccine is one of the most deadly, and has been known to cause a variety of serious side effects. Is it worth taking the risk to (possibly) avoid catching whooping cough?

First of all, it’s important to know if whooping cough is as deadly as it’s been made out to be. The CDC reported 255 deaths from pertussis between 2000 and 2012. Of those, 221 were infants under the age of 3 months. Bear in mind that the parapertussis bacteria may have caused some of these deaths and that some infants may have developed the disease through exposure to well-meaning vaccinated individuals.

On the other hand, in the 12 year period between June 2006 and June 2018, there were 360 deaths reported due to vaccinations containing pertussis. Keep in mind that these are deaths reported by the government’s Vaccine Adverse Event Reporting System—it’s estimated that far less than 10% of vaccine injury cases ever make it to this website, so the actual number of deaths is likely to be far, far larger.

In short, your child is more likely to die of a vaccine against pertussis than from the disease itself. These numbers don’t even include other non-fatal adverse reactions. Neurological disorders, seizures, shock, and permanent nerve or organ damage are all far more common adverse reactions to the vaccine than death.

It’s time to reconsider the DTaP. If a product is doing more harm than good, it makes sense to stop using that product immediately and re-evaluate the situation. Big Pharma is pocketing an amazing amount of money while using scare tactics to sell a dangerous product with known problems to the most vulnerable people in our society.

If you want to read more about the benefits-to-risks where the DTaP vaccine is concerned, you can read this excellent (and thorough) article. The more you know about vaccinations, the better able you will be to truly protect your children.